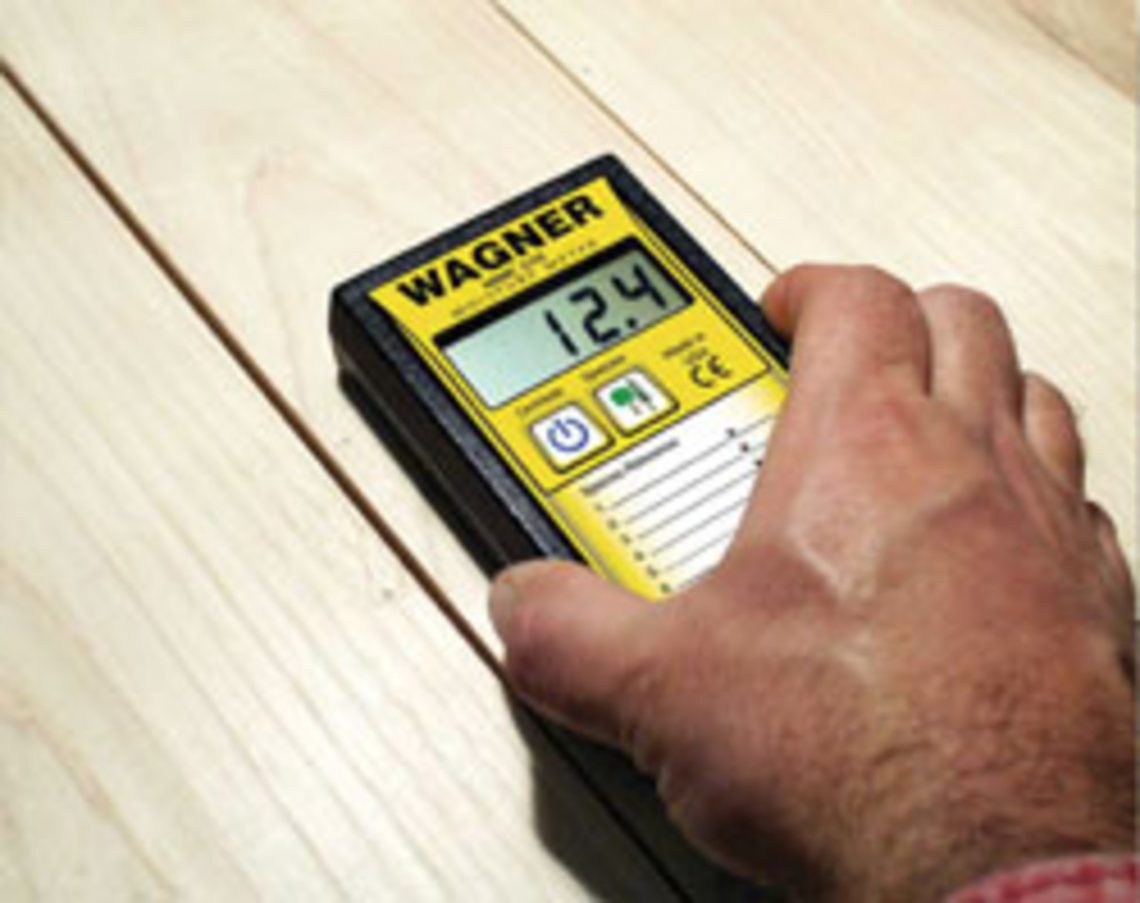 Case in point. I recently had a job to repair and extend an existing wood floor that had been installed in 1999. The flooring in question was a select grade 2¼” red oak installed over a diagonal subfloor, which was nailed on 15# asphalt paper. The floor was finished with three coats of moisture-cured natural gloss polyurethane. The house had a ventilated crawl space, and the floor has remained flat since it was originally installed.

As I do on every job, we tested the existing floor, the subfloor, and the new flooring materials for moisture. Those readings revealed some surprises.

NWFA guidelines state not to install unless the moisture content difference between the wood floor and the subfloor is less than 4% for 2¼” material (guidelines for material wider than 3” require a difference of no more than 2%).

It is understandable that the new wood would differ from the existing wood, but it is not easy to explain the difference between the existing wood and the subfloor.  Especially since the two materials were functioning at equilibrium moisture content as evidenced by the many years of stability.

The explanation has to do with how moisture meters work.  Measured electrical resistance converted to a value as determined by an algorithm may not display the same value across variable species even when set to the proper species on the same meter.
On our job, this meant that the new floor needed to be acclimated to the original floor readings to be in EMC with the subfloor. This meant that we had to raise the MC of the new wood by 5%.

Here is where some ingenuity comes into play.  To accomplish this, we laid out plastic on the floor, opened bundles, and spread out the repair wood plus our 10 control pieces.

We wet them heavily on the tops, sides, and bottoms.  We then covered this wood with another sheet of plastic and sealed it to the first layer of plastic to keep the moisture we added from evaporating.  This allowed the wood to absorb moisture.

It’s important to remember that even on flooring jobs that don’t appear to have moisture issues, testing before installation and repairs can save you many headaches down the road.