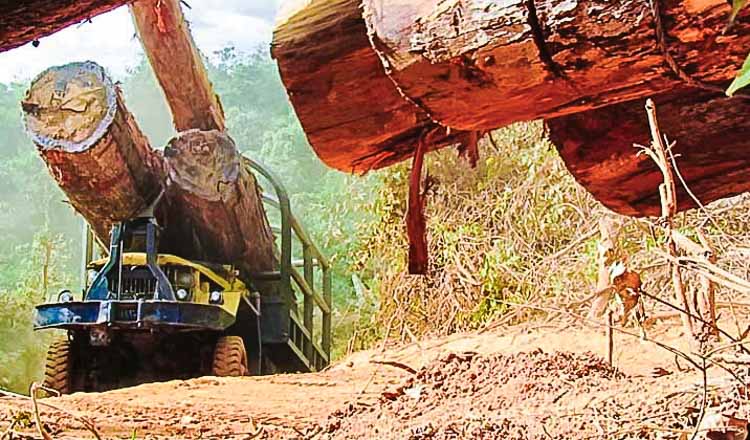 Vietnam imported $179 million worth of timber from Cambodia in the first nine months of the year, according to customs data from Hanoi released by the NGO Forest Trends yesterday.

The timber, which was mostly sawn wood and logs, was imported via major border crossings to Binh Phuoc, Tay Ninh, Gia Lai and Kon Tum provinces in Vietnam.

“The commitment to forest protection is fake and just propaganda by corrupt a government. Their main business is timber, so there is no way that they will stop it,” he said.

Ben Bonnar, a senior investigator for rights group Adhoc, said illegal timber imports continued despite government measures to crack down on the trade.

“It involves corruption and the authorities collude with traders and loggers,” Mr Bonnar said.

He said 2015 Vietnam customs data showed discrepancies in imports from Cambodia, with the government underestimating how much wood was sent to Vietnam.

“We want government officials, especially the Ministry of Agriculture, to explain irregularities in data of imports to Vietnam,” Mr Bonnar said.

“We are concerned that forests will be lost because illegal logging is still happening and we never see officials punished for forest crimes.”

Environment Minister Say Samal said the report released by the NGO was false.

“The report does not give clear evidence. We have asked the NGO to show their evidence but they have never given it to us,” Mr Samal said.

“We don’t know where they got their data from so we think the report is politically motivated.”